The Right Way To Mo

Last year, I came down pretty hard on people who didn't want to participate in Movember. This year, I'll try to be nicer.

Gentlemen, if you're on the fence about spending a month growing hair on your upper lip, I have some advice for you: wear your mustache like you wear your team's jersey on a gameday. Have confidence. Do you think that George Parros would rock his mustache if he didn't know how to make it the most glorious mustache on Earth?
Make it work. Don't act like you immediately know you'll look awkward or pervy, and don't think that your mustache can't be controlled. You grew it, and you can keep it in line. Don't be that guy.

You may be asking, "Which guy, exactly?" So I'll tell you. Names have been changed to protect the innocent, so let's just call this guy I know Bart Simpson. Bart participated in Movember a couple of times and hated it, mostly because he was in it solely for the mustache-growing - but his mustache didn't look good. I wouldn't tell him to his face, because that would be rude, but he just didn't know how to have a mustache on his face, and now he doesn't want to take part in this popular men's health initiative. If you ask me, he has no one to blame but himself. All he had to do was make sure that the clothes and hairstyles he wore while he had a mustache didn't make him look a caricature of a poet in the 90's.

Anyway, here are a few things you may want to avoid, as evidenced by my hand-drawn mustaches: 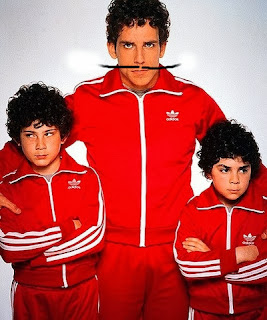 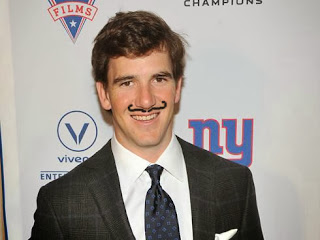 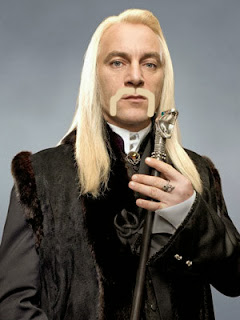 If you're Lucius Malfoy, stop growing a mustache and also maybe stop being terrible? 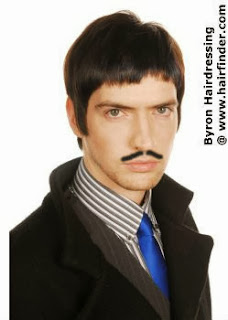 Man-bangs and mustaches do not mix, unless you're a Beatle. Which you're probably not. You are, however, welcome to invest in some Sgt. Pepper outfits and give it a real good try. 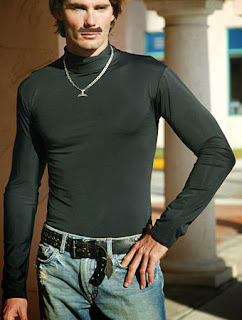 Do not wear a turtleneck and chain if you have a mustache. There are no exceptions to this. 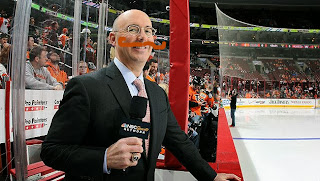 Keep your mustache in check. Don't let your ego write checks your body can't cash. Yes, I did just steal that from Top Gun, because it's what Pierre McGuire would do. Don't be Pierre McGuire.

So, men of Movember, do whatever you have to. Just be proud of your mustache and all the good work you're doing.
Posted by Rookie at 8:00 AM No comments:

Plus/Minus is back! And I, for one, am thankful that I can bring back one of HIHW's oldest features. It was on IR for far too long, and we've got tons of hockey and TV stuff to talk about. Shall we?

+ That goal by Alex Galchenyuk. That. Goal.
+ The outpouring of support for George Parros after his injury was inspiring. Hockey people can be good people, sometimes.
+ Lars Eller and P.K. Subban are picking up points so easily, they almost make me think I can play hockey. (Me, with my clumsy limbs and my complete lack of athleticism.)
+ Joe Thornton had the quote of the year and it's barely even the year yet.
+ Sleepy Hollow might be my favourite new show of the season. It's got a talented, diverse cast, and it's  so scary but I can't help but watch it.
+ Thank you, Fox, for picking up John Mulaney's series after NBC decided not to go ahead with it! 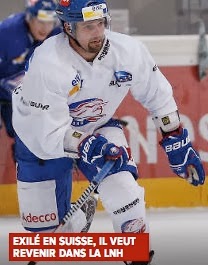 - Guillaume Latendresse isn't even playing in North America, and the Journal de Montréal is still writing cover features about him? Let it go, already. As interested as I am in the life of a North American player in Europe, I've had my fill of stories about Latendresse.
- Daniel Briere, you have one point. ONE. POINT. Are you just biding your time? Because I think most of us would prefer it if you just scored goals and such.
- ABC could have had a major hit in Super Fun Night. But a show that doesn't live up to its potential in addition to being mishandled by its network is just an unfortunate recipe for disaster.
- Once Upon A Time In Wonderland should be my favourite new show of the season. Unfortunately, the pilot was disappointing. The CGI wasn't convincing, there was too much of it, and most of the leads  just aren't engaging enough. I still like the concept, though, so with any luck it'll grow on me, just like Once Upon A Time did.
- This is way late, but a Minus to whoever it was that cancelled Go On. I can't even bring myself to watch Sean Saves The World, and I firmly believe that Go On would've been a great companion to The Michael J. Fox Show. And it has (almost) nothing to do with the fact that both series star good, hockey-loving Canadians.

With any luck, I'll be able to make Plus/Minus a regular feature again this season. Happy Thanksgiving, everyone! Have an extra scoop of mashed potatoes for me.
Posted by Rookie at 8:52 PM No comments:

It's the first Saturday of the hockey season. Elsewhere, Miley Cyrus, the current queen of controversy, is hosting Saturday Night Live. So, the obvious thing for me to do is make a list of the...

Top 5 Pop Stars That Remind Me Of NHL Teams 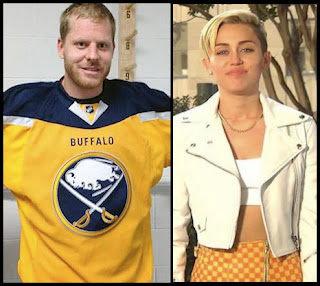 The Buffalo Sabres are Miley Cyrus: Have you tried understanding Miley Cyrus lately? It's really hard. She (understandably) doesn't want to be thought of as "trashy", but has described her own style as "Chanel meets white trash." She also says that she dresses better than other girls, even when she's wearing uglier clothes than they are. She, like Buffalo, epitomizes that old cliché, "I'm not like other girls." Buffalo, too, is unknowingly trying to simultaneously ignore and glorify its own trashiness. Both got a makeover over the summer. They both try really hard to be tough, but are basically just trying really hard to be Rihanna (who, I suppose, would be the Boston Bruins.) 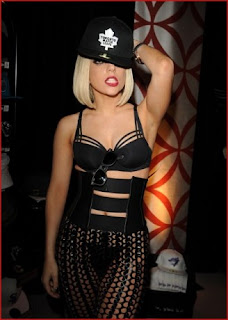 The Toronto Maple Leafs are Lady Gaga: Been showing us the same stuff for years, but keep trying to convince us that they're the greatest show on Earth, that they're different and better than everyone else. But... come on, now. 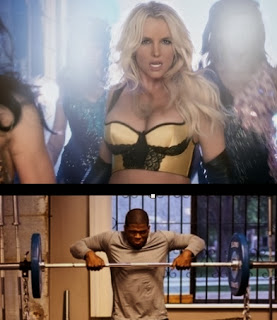 The Montreal Canadiens are Britney Spears: Both have been in the public eye for a while, had some career ups and downs, supposedly past their prime but are looking pretty fierce these days. 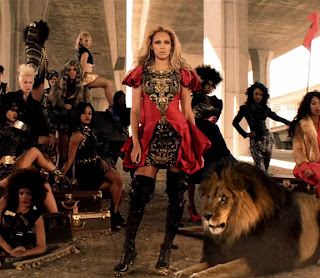 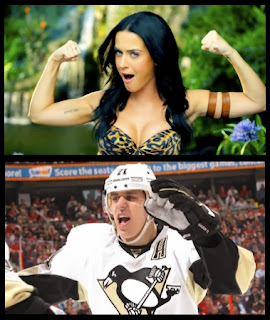 The Pittsburgh Penguins are Katy Perry: Beloved by small children and adult men alike. Super eager to show us all their new look, you guys! (It's just a shame that penguins are one of the only animals that Katy didn't name-drop in "Roar," which is so incredibly boring compared to its title.)

You'll notice that no team is Taylor Swift. That is because everyone associates Taylor Swift with singing about her exes, and who complains more about the men they used to love than hockey fans? So, congratulations, we are all Taylor Swift.
Posted by Rookie at 2:44 PM No comments: