While the men watch... what, exactly?

You may have seen hockey fandom shake its collective head at Hockey Night In Canada's collaboration with a blog called "While The Men Watch," written by "two women married to sports fanatics."

Now, normally I'd be all for someone who isn't a sports fan venturing into the wild world of sports. After all, that's what I did. But these women seem to want to emphasize the fact that they only know what sports are because they're married to men who watch them. You know, because boys like sports and girls like boys, right?

At least one of the While The Men Watch bloggers is from an Italian family. I am too (first-generation on my dad's side; second-generation on my mom's), so I feel like I should understand where she's coming from. A lot of Italians are pretty old-school when it comes to gender roles. I've heard my relatives say "Times have changed," as if it's the worst news they've ever heard. In this inaugural post for HNIC, Jules jokingly apologizes to her uncle for missing a family function. I'd like to apologize on her behalf to my late aunt, who would have laughed in her face if she knew something like this existed, because even 60 years ago in small-town Italy, she knew that all you had to do if you wanted to "be one of the boys" was just go out and be one of the boys.

The idea that anything should be exclusively reserved to one gender is kind of ridiculous. We should all stop thinking that we should or shouldn't do something because we're girls, or boys, or because we're trying to be different from other girls or boys. These women are perpetuating the idea that no girls watch sports, or that they only watch sports for boys. Yes, those girls exist, but they're the exception rather than the rule. And what about the men I know who don't watch sports? Where do they fit into this black-and-white idea of gender roles?

I don't know why CBC would want to support women who buy into such an obvious gender dichotomy, especially when it's already been implied more than once by the personalities on Hockey Night. Oh, and I'm not sure why they didn't proofread: 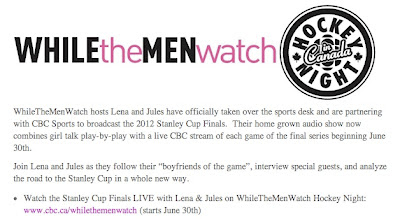 because the Stanley Cup Finals will be over on June 13th, so starting your coverage on June 30th is a little late, no?

I could go on and on about this at length, but I should probably cut myself short. Here are a few other takes on this whole mess that you might enjoy reading:
Robyn at Lady Habs is by far one of the best sports fans I know. And she is mad.
Aerys Sports always provides a balance of outrage and eloquence when stupidities like this arise, and this is no exception.
This post at Puck Drunk Love is so incredibly rational about this whole mess that I can't help but applaud.
FML. Even Deadspin thinks this is offensive. Deadspin calling you offensive is like Don Cherry telling you to quiet down.
Posted by Rookie at 10:53 PM 2 comments:

Are we still friends going into Game 5?

Wow. It should come as no surprise that both teams really, really want to win this series.

Phoenix threw a couple more punches (some into Dwight King's face, others not) and then clawed their way back into LA's net, and thus into the series. These dogs weren't just going to roll over and let the Kings win. They're in this for the win. Or, more specifically, their captain is. 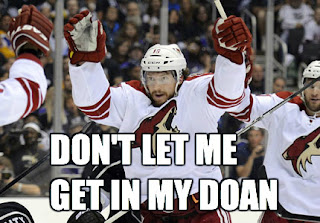 Shane Doan is scoring goals like it's going out of style. Maybe his teammates think it is. But if anyone can set a trend, it's Shane Doan - the kind of captain that Dustin Brown is going to be someday.

So, the question remains... Is Czechtacular still answering my texts? Does every save by Mike Smith make me want to find a new hockey sensei? 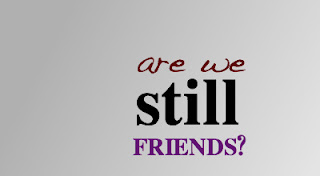 In the words of Czechtacular: "Doan stop believing."
Posted by Rookie at 9:00 AM No comments:

I just wanted to take a couple of minutes to commemorate the anniversary of Gilda Radner's death. 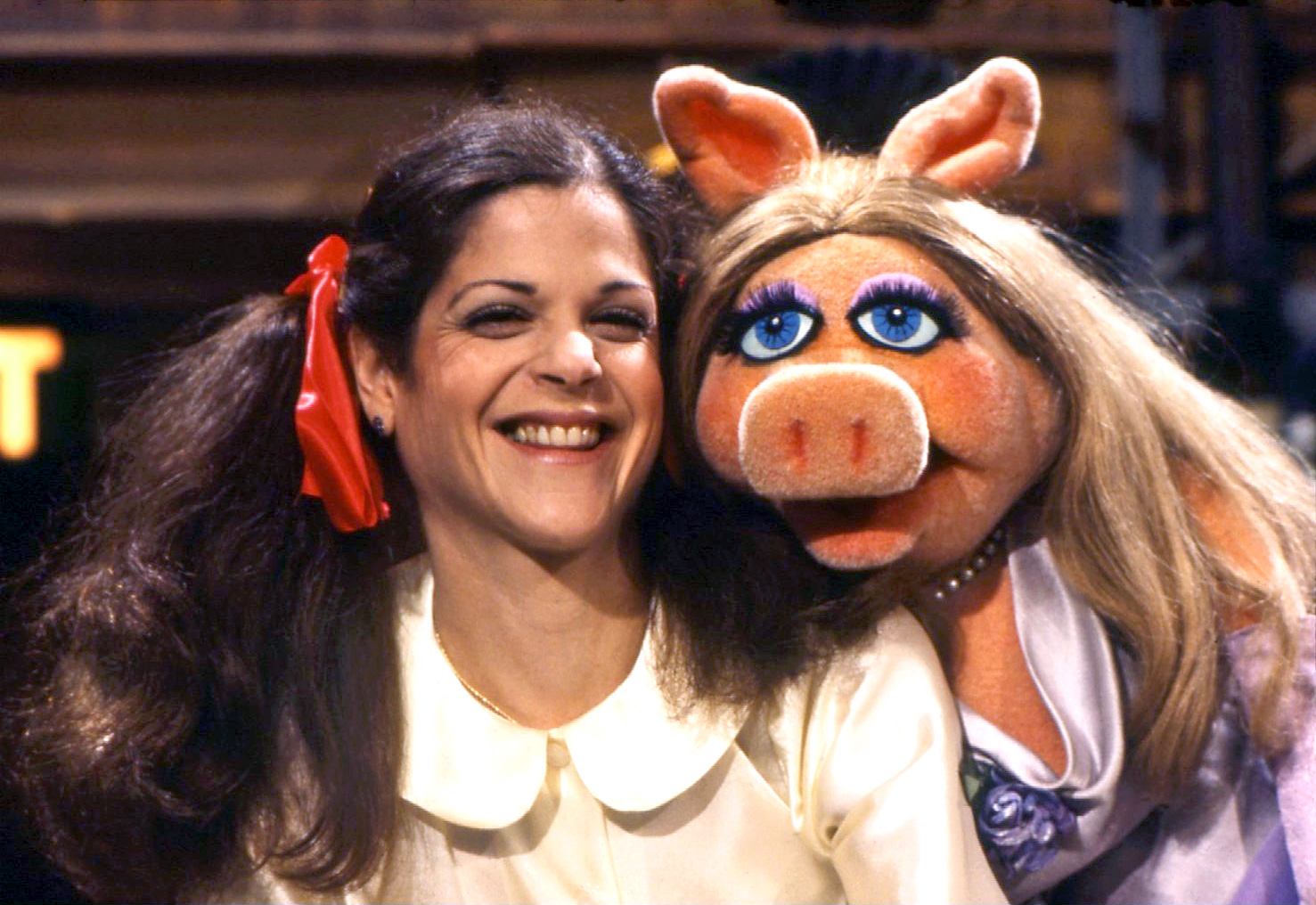 I haven't been able to finish her autobiography. I can't bring myself to do it just because it hurts me to think about how painful it was for someone so sweet to suffer from cancer. (Cancer, I hate you so much for hurting so many people, both close to me and not.)
Gilda was as funny and charming as any comedian could ever hope to be, but she was so much more than that. Everyone who worked with her loved her. NBC wanted to give her her own series and turn her into the new Lucille Ball because that's how well she connected with audiences. And she connected with audiences not just because of her talent, but because she was just like us. She loved to laugh, but more than anything she just wanted to be loved. Deep down she was just as awkward and insecure as we all are (see this essay, that I first read when I was in high school.) To this day, thinking of Gilda reminds me that it's normal to think that I'm not perfect or not good enough, and that I'm not the only person who's ever felt that way about themselves.

I try to remember Gilda as often as I can. Maybe that's why I'm so surprised that producers these days are treating female-driven comedies like a novelty or a trend. There will only ever be one Gilda Radner, but there have always been funny, unique women in comedy and I hope that there always will be. Rest in peace, Gilda. I wish you were still around.
Posted by Rookie at 6:42 PM No comments:

Are we still friends after Game 2?

The Kings now lead the Western Conference Final having won both of the first two games of the series.
The Coyotes retaliated by playing a more physical game than they usually do.

It was certainly the kind of game that could test a friendship.

I wasn't pleased that the Coyotes decided to get all hit-y and injure Dustin Brown. Neither was Czechtacular.
She doesn't seem pleased that Jeff Carter scored a hat trick. To be honest, Jeff Carter is not my favourite King. So maybe I'm not over the moon about it either.

We remain friends going into Game 3.

But apparently I need to stop asking her every day if we're still friends.
Posted by Rookie at 10:09 PM 1 comment:

Are we still friends after Game 1?

It's the Western Conference Finals. As our longtime readers know, Czechtacular loves the Coyotes. I somehow became kind of an LA Kings fan over the last two years and haven't recoiled in horror at the thought of all the additions (and subtractions) made to the team in the last year.

Czechtacular has a strong dislike for the Kings. I by no means dislike the Coyotes. But I think this is the first time since I asked her how to become a hockey fan that we've been on opposite sides of a playoff series. Will the friendship survive?

I'm happy that the Kings won but that no one was seriously injured. (This isn't Pens-Flyers; I actually want all of the players to end this series unscathed.)
Czechtacular hates Dustin Brown. I'm not sure how anyone could hate Dustin Brown, but she does.

We remain friends going into Game 2.
Posted by Rookie at 9:01 PM No comments:

I haven't written a post like this in about a year, but here's a whole bunch of random pop culture stuff...

You know how there's the Seinfeld curse and the Superman curse? I think I discovered the Love Don't Cost A Thing curse. First, Jennifer Lopez recorded a (bad) song with that title because she was a superstar or something. Ten years later, she's a judge on American Idol. Then, the song's title was used for a 21st-century remake of Can't Buy Me Love, and no I have not seen it. It starred Christina Milian (who is now some kind of sideline reporter on NBC's The Voice) and Nick Cannon (who now hosts another one of those shows.) It turns out that Nicole Scherzinger was also in this movie, after she was a finalist on PopStars but before her Pussycat Dolls fame got her a job as a judge on The X Factor. So, thanks, Love Don't Cost A Thing, for causing so many reality-competition programs.
By the way, I'm part of a generation whose movies are named after Jennifer Lopez songs instead of Beatles songs. This sucks.

Everyone was awfully excited for Alexander Skarsgard to become a movie star when he was cast in Battleship. But that was before The Year of Michael Fassbender happened...

James Cameron has announced that he's pretty much only going to make Avatar movies from now on. Which makes sense, because each one takes approximately twenty years to make. The good thing about this is that if Cameron is in the business of making Avatar movies, no one else will have to! Yay! (Not that they would, after the mess that was John Carter.)

Speaking of John Carter and Battleship, I'm quite sure that Taylor Kitsch never wants to make a movie with CGI ever again. Which is a shame, because he'd be perfect for the role of Finnick Odair in the Hunger Games sequels, if a white actor is cast.

Is it just wishful thinking to hope that the success of The Avengers will turn everyone into a huge Joss Whedon fan, thus increasing interest in his TV series, thus making Firefly popular, thus putting Whedon and Tim Minear to work on a second Firefly movie?
Or is the best I can hope for that Whedon's career doesn't go all Tim Burton on us and studios start slapping his name on any project they want to make money off of?

Posted by Rookie at 9:58 PM No comments: