(Because I couldn't call this post "Reflektor," now, could I?) Tomorrow's the day.
After spending half of 2012 without hockey, and dealing with the consequences of a shortened 2013 season, and being quickly thrown back into offseason mode, we've got our game back.
It's almost like I'm not used to this. It's been two years since I spent September trying to keep up with injuries and training camps and game-day rosters. It's been kind of weird to adapt to something that should be second nature. Maybe it just means that I'm changing as a fan somehow. I guess now that I have a few seasons under my belt, I can't really say that all of this is new to me anymore. It just feels like getting back into old habits. (I'm trying really hard to not make a Sister Act 2 pun here. Really hard.)

I had trouble keeping up with a relatively crazy offseason, especially since I wanted to take advantage of summer as much as I could. Days that would normally be spent hanging on Bob McKenzie's every word were instead spent at festivals or on road trips. (Or at work, too busy to even remember the names of the 29 other GMs in the NHL.)

But it's impossible to be out of hockey mode for long. Right before preseason started, everyone started to feel it. There's a shift that happens. The days start to get crisper, festival season winds down, and Montreal becomes a hockey metropolis again. People wear their Canadiens shirts so often that they have to put their old ones back into rotation, and I do a double-take just to make sure I really did see someone wearing a Kostitsyn or a Latendresse. My Facebook feed is so much more interesting now that people are showing their CH pride again, from the soldiers stationed in other countries playing hockey in their downtime to the friend sporting her colours at college in the US. (She wore a Habs shirt, by the way, to an event where she had to wear something from her "home state" - and since her Quebec pride has been shattered by the Charter for Religious Control And Something-Or-Other, she chose to embrace her hometown team.) I've been looking at the jerseys hanging in my closet, thinking that soon, soon I would get to wear them.

Going to the first preseason game of the year helped me get back into hockey mode. Even the huge condo developments going up around the Bell Centre can't dampen the excitement that I get just being within a few blocks of home ice. It was like reconnecting with a good friend you haven't seen in months - there's so much to catch up on, but it feels like no time has passed at all.

I may not be ready for summer to be over, but I'm itching for the season to start.
Posted by Rookie at 9:07 PM No comments:

The Internet was abuzz today, discussing a blog in which a woman became a message board cliché. In order to get engaged, a girl's boyfriend challenged her to make him 300 sandwiches - and she agreed. So, now, she's basically a sandwich machine, where sandwiches come out in exchange for approval. In one pull-quote from the blog (which I won't link to), the boyfriend literally asks her why she's been awake for fifteen minutes and still hasn't made him a sandwich.

When I heard about this, I immediately had two questions: How much money could I make writing a screenplay about this? And is this how relationships work now?

Because if it is, I've got to start thinking of challenges for my future fiancé. Here's a rough draft: 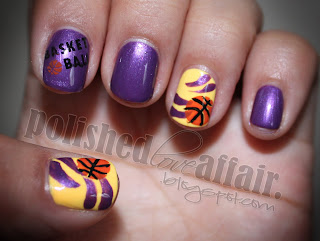 Give me 150 sports-themed manicures 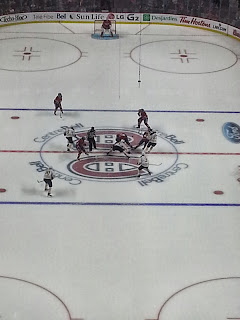 Make 82 game-day meals that I will request, regardless of whether you even know how to make pasta sauce properly

Type out 800 tweets for me when I'm tired

Stop changing the channel, we are not watching Coach's Corner at intermission.