Thanks a lot, NHL lockout. There are so many things I could have dressed up as this year, probably, if there had been NHL hockey right now:

A California-based celebrity, pretending that I know what hockey is because the Kings won the Stanley Cup (or so my agent told me.)

Whatever a hockey player complained about on Twitter, other than the lockout. What would have been this season's Dan Ellis vs. money? Or this season's "This game is longer than Brad Marchand's nose"?

This season's new Big Bad! You know, if this whole thing about Matt Cooke being a good guy kept up, I'm sure someone would have stepped up to take his place.

I could have attempted to replicate, stitch for stitch, a recent P.K. Subban outfit.

But I didn't get to do any of those things. Like the Great Pumpkin, the NHL season just won't show up, no matter how long we wait for it or how much we believe. (Which probably isn't very much anymore.)


Instead, I might just dress up as Gary Bettman as The Wizard of Oz: You know, a guy who pretends to be scary and powerful, but is mostly just smoke and mirrors, spending his time hiding so that he can continue to intimidate people who would otherwise see right through him.

There's been a lot of lockout-related negativity lately. Yes, I know that it's for good reason, but still.

I guess because it's October, and the days are noticeably shorter and cooler (and foggier, like seriously, what is up with the fog in Montreal some days.) And, because as everyone and their dog said on Twitter, October is supposed to be the best month for sports (even though there is still televised baseball on) and now it's not, because there is no hockey (and basketball hasn't even started yet.)

I just want to take a minute to remind all of these people that almost none of them would actually pay to go see a preseason game. I know this because they've said so, so their argument is invalid until about midway through the month.

Maybe it's just because Montreal isn't easing back into hockey mode like it usually does at this time of year. Maybe people are tired of worrying about it, or reading the same stuff over again, or they just want their old routine back. Everyone's grumpy, instead of just trying to act like they get a few extra months of summer. Maybe it would be easier if we had the same weather LA was having right now. (Then again, if you're an Angeleno, the heat is probably making you grumpy, too.)

For positivity's sake, here are some cool things I've done since the last Habs game ended:
Visited two rival NHL cities, and tried to look beyond the fug jerseys and the mockery, and liked what I saw, except for the awful service at this one sports bar in Toronto that you should never go to.
Watched the Olympics. Remember them?
Went to almost every show I wanted to go to at Just for Laughs, and maybe met some famous comedians, no big deal.
Ate. So much. Like chicken and ribs, smothered in the most incredible barbecue sauce I've ever tasted. And one of the best pulled-pork sandwiches in the city, if not the universe. (Hyperbole.) And a peanut butter, Nutella, and bacon sandwich. And maple sugar ice cream. And a Canada Day cupcake. And my weight in Quebec strawberries.
Went to Comic-con, and we all know that that was a blast.

And here is one thing I'll be doing before the next Habs game:
Going to Italy to see aunts and cousins I haven't seen in nine years. To be honest, I'm not taking advantage of the lockout to visit them (even though it's a great excuse to get things done.) I'd be going even if the season was starting next week. I may love the rush of a home opener and my annual preseason T-shirt purchase, but I have priorities, and my family is one of them. How can I ever be disappointed that hockey is missing when I have an opportunity to spend time with relatives I love but never see?

I'm sure that two weeks of losing sleep in front of the TV and blogging about it would be great fun right about now, and I'm a little sad that I'll have to fall behind on my Firefly rewatch. But it's worth it.

Polishing up the lockout

I should probably just admit right now that I love nail polish. Somehow, people don't always expect this from me, but I'm perfectly okay with spending as much on a mani-pedi as I would on a ticket to a hockey game. (Even though my manicurist is really affordable.) I've been buying nail polish like a fiend these last few months. I try to stop, but everywhere I turn there's a new collection with pretty colours and pun-tastic themed names.

The Locked Out Collection 2012
Four shades that will get everyone talking. 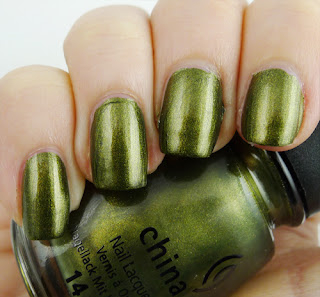 Salary Capped Out
(Real name: Agro, from the Hunger Games collection by China Glaze)
CBA negotiations are all about the benjamins. Why not recognize that by wearing this money-green shade, flecked with hints of gold? 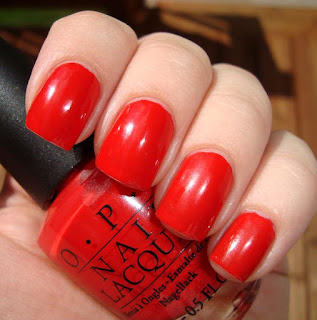 In The Red
(Real name: Red My Fortune Cookie, from the Hong Kong collection by OPI)
While the players and the owners argue over money, pubs and other small businesses wonder how they'll cope with the loss of revenue they'd normally make during the hockey season. Businesses in the red? So are your nails! 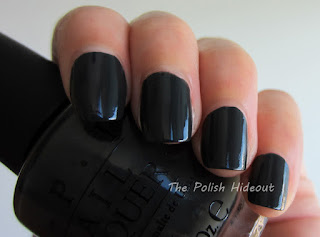 Lights Out
(Real name: Nein! Nein! OK Fine! from the Germany collection by OPI)
Saturday night at the arena used to mean bright lights and white ice. That's not so true right now. If you were to look into your arena on a game night, all you'd see is a giant empty space with the lights off, and it would probably look like this. 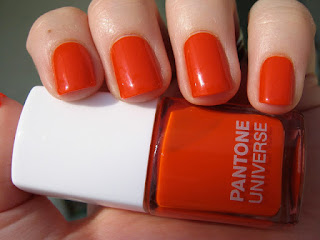 Trading Places
(Real name: Tangerine Tango Dream, by Sephora + Pantone)
Bright tangerine orange is the colour of the year. Guess what else there is this year? Basketball. This time last season, hockey fans laughed at basketball fans and tipped extra at arena concession stands in an attempt to make up for the shortened NBA season. Who's laughing now that the arenas have nothing but net? Embrace the now by wearing the hottest colour of the year and matching it to a basketball.

If you're wondering whether these polishes have good wear, don't worry: the Locked Out Collection will last longer than you expect it to.
Posted by Rookie at 11:06 PM No comments:

Email ThisBlogThis!Share to TwitterShare to FacebookShare to Pinterest
Labels: locked out, Off Topic

I'm taking part in the nerd initiative to rewatch the brilliant-but-cancelled Firefly, one episode a week, in the order that they aired, to mark the show's ten-year anniversary. This week: "Bushwhacked." Original air date: September 27, 2002.

I've got to be perfectly honest and admit that I have zero memory of this episode. Which isn't so bad when you think about it, because there is so little of this show that eventually, enough rewatches will make you feel like you've seen it a million times. I'll enjoy watching things while they still seem new, because sometimes you get to the point where you wish you could see a certain episode for the first time all over again.

Here's an episode summary from DenOfGeek, which is about as concise as it can get: "The episode centres on the crew's discovery of a seemingly abandoned ship, after literally colliding with one of its occupants. What they discover (apart from the goods they're looking to 'salvage') is a massacre, presumably by the brutal and deadly Reavers. Before being brought in by the Alliance, they rescue the ship's only survivor, and the true extent of his psychological damage puts everyone in danger."
A bit of quick research didn't yield any information about what kind of budget this episode had, but it has pretty great production value. (Except for maybe the scenes in the Alliance ship, because somehow the Alliance always kind of looks like generic sci-fi. The Alliance ought to see to their girl.) I loved the camera work in this episode. The fact that a TV show that's ten years old can still look so impressive after ten years, after a deluge of cable networks put out expensive-looking shows and major networks tried to hard to imitate them, is pretty amazing.

This episode shows us two of the biggest evils in the 'Verse: First, there's the Alliance. In this episode, they seem an awful lot like the governments we know and hate: bureaucratic and intelligent, but also kind of a major annoyance. They're more of a thorn in your side than a knife in your back. Then, there are the Reavers. We don't even see the Reavers in this episode - we just see the results of their actions, and it's enough to scare us. Basically they leave hanging heaps of dead bodies in their trail, and only one survivor who is so mentally scarred by what he witnessed that all he can do is start to become like the monsters that killed everyone on his ship. He's not even actually a Reaver (at least, not yet?) and he's nowhere near human anymore. The violence in this episode is still pretty scary.

There aren't quite as many one-liners in this episode, but the writing is good enough that even though it's only the second episode, we get a good sense of who all these characters are. I guess having a character interview the ship's entire crew kind of makes this easy.
I liked that all of the characters seemed like they had a role in this episode, no matter how big or small. This episode is also really great for River, who in "The Train Job" (and, if memory serves, in the pilot as well) was more of a plot device than a person. Yes, she did cool martial arts stuff, and she said a lot of creepy things, but in "Bushwhacked" she actually seems a lot more human, and I found myself feeling more sympathy for her than I usually do. It's not that I don't like River, I just feel like her mental state can at times make it more difficult for the audience to understand her. (I do actually like River a lot, because there aren't a lot of other characters out there quite like her, except for maybe every other character that's been specifically written for Summer Glau in the last ten years.)

All in all, "Bushwhacked" isn't the episode that the series is best remembered for, but every good first season has an early episode that helps to expose what the show is all about, and that's what we have here. And no, I still do not have a favourite character. And yes, I still wish that in another life I could be brilliant enough to think up a show like this.

Look for Firefly Rewatch every weekend from now until I run out of episodes. If I'm on this continent, I will be watching Firefly. (I say this because I might be out of the continent for two weeks.)
Posted by Rookie at 12:01 AM No comments: